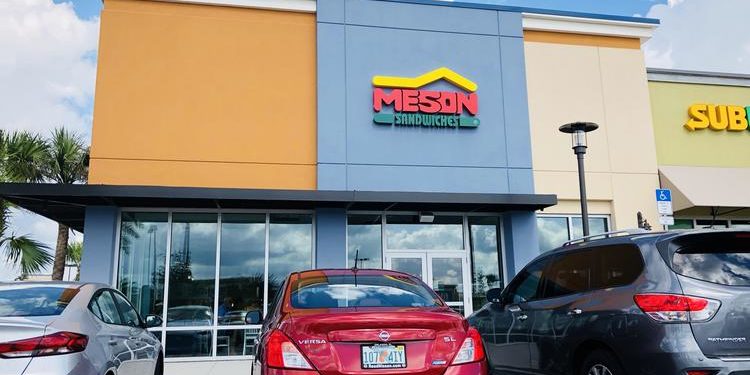 Latin restaurant chain Meson Sandwiches isn’t resting on its laurels when it comes to its U.S. expansion plan in Orlando.

Puerto Rico-based Meson Sandwiches — which opened its third Central Florida location earlier this year near Orlando International Airport and has a fourth in the works near The Mall at Millenia set to open in fall 2019 — is on the lookout for the perfect site to place Store No. 5 in Central Florida.

In fact, the company is hunting for a place where it can develop and build a standalone store with a drive-thru, and be within a 20-mile radius from downtown Orlando.

“We are focusing on sites in areas that are in full growth mode and attract a culturally diverse population,” Meson Sandwiches President Felipe Perez told Orlando Business Journal. “These are all key elements of our five-year/five-store plan, which has unfolded without a hitch. In fact, we are currently ahead of schedule, thanks to the support the brand has received from customers, as well as business and government leaders.”

Meson Sandwiches, which first opened in the area as El Meson Sandwiches, also has eateries in The Florida Mall and on Osceola Parkway in Kissimmee. Its fourth restaurant is scheduled to open in early 2019 in the $92 million Gardens on Millenia shopping center.

Another location that previously opened in 2016 as part of the food court at Orlando Vineland Premium Outlets closed because the owners determined the best model for the Orlando area features a drive-thru lane. Drive-thru business accounts for 48 percent of local store sales for Meson Sandwiches, Perez said.

“The restaurant at the Orlando Vineland Premium Outlets did not have that component,” Perez told OBJ. “Thus, we determined it is wiser to invest resources in locations in which this convenient feature can be offered to our guests, and that are frequented by a greater number of local residents.”

New restaurants add plenty to the region’s economy. They bring more service jobs to the region, offer opportunities for construction companies and vendors, and they provide more options for existing businesses and residents.