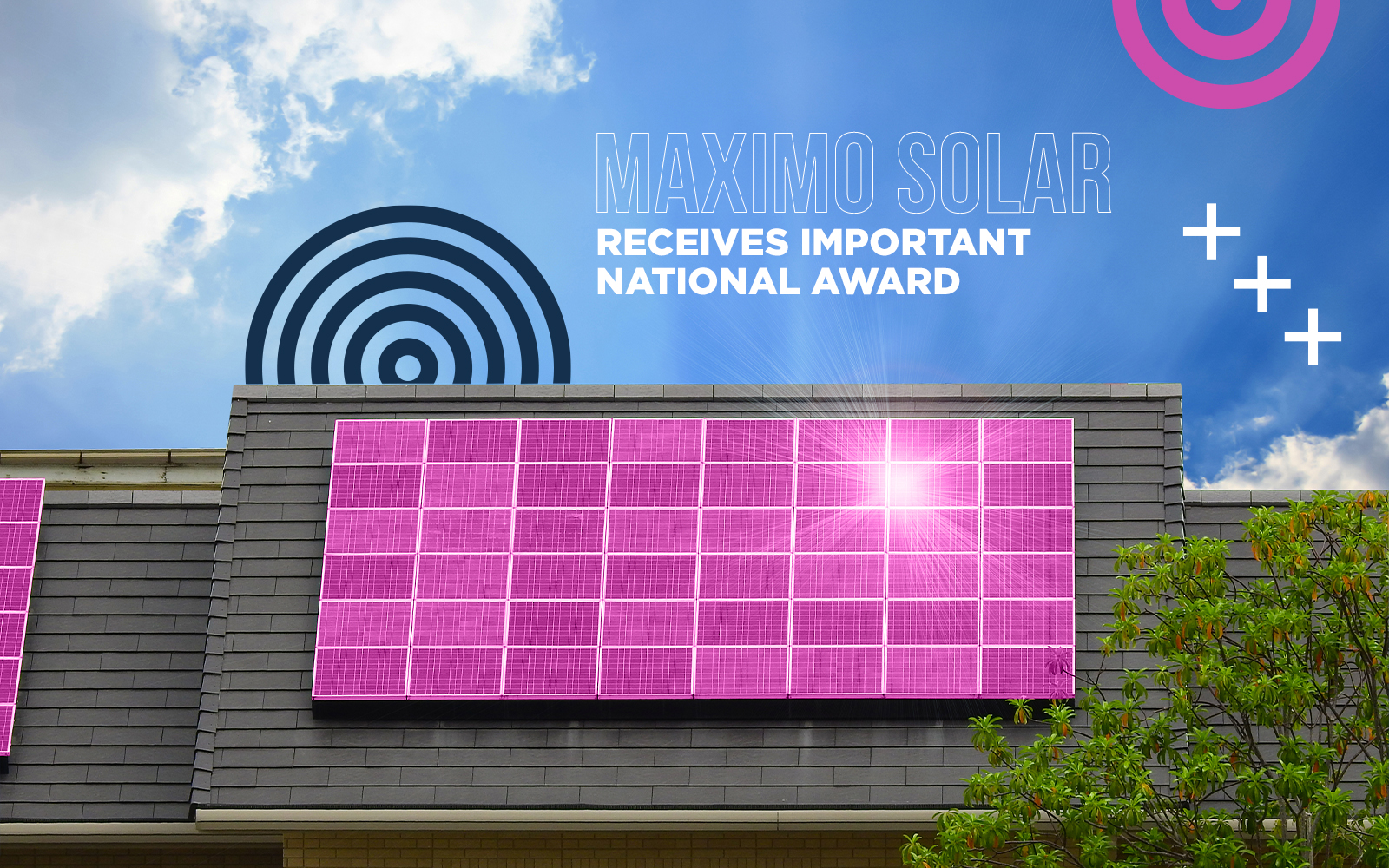 ORLANDO, Fla. – A Puerto Rican solar energy company with offices in Orlando and Fort Lauderdale received a major national award for initiatives it deployed to build a more energy-independent Puerto Rico after hurricane Maria left the island in the dark for almost a year.  Maximo Solar Industries is the first runner-up of Solar Power 2018 Most Forward-Thinking, an award given by Solar Power World, the leading online and print resource for news and information regarding solar installation, development and technology.

At the same time, Maximo Solar climbed to the # 35 position nationally as one of the best residential solar project contractors in the nation, within 500 other companies in the United States and its territories. This ranking was also done by Solar Power World.

“At Maximo Solar we are very excited about important alliances that are emerging in Puerto Rico and that allow us to develop greater resilience for our island and achieve greater sustainability,” said CEO Máximo Torres. “Being recognized as one of Solar Power 2018 Most Forward-Thinking companies, only confirms our reason for being: to transform the lives of present and future generations through renewable energy.”

Founded in 2009 in Puerto Rico, Maximo Solar successfully deploys renewable energy systems for residential, commercial and industrial facilities. In  2016, the company expanded to Florida, from where it is planning further growth in the continental U.S.

Among the initiatives developed by Maximo Solar after hurricane Maria is the development and building of the first battery-operated renewable energy system for a radio station, which makes Radio Casa Pueblo in Adjuntas the first in the entire Western Hemisphere to operate independently from the electrical grid. This effort enables the residents of Adjuntas – a town in the mountains of Puerto Rico – as well as those in neighboring municipalities in the central region, to have access to news media even during electrical blackouts.

“We are committed to being part of the construction of a new Puerto Rico that generates and stores its own energy,” Torres added.

One year after hurricane Maria’s devastation, Maximo Solar has also led the construction of a solar community in the municipality of Ciales, the solar energization of two children social services organizations, five health clinics and a community aqueduct in the southwestern town of Añasco. The company is developing many other similar projects.

For more information about SPW’s 2018 Top Residential Contractors go to:

For more information about SPW’s 2018 Most Forward-Thinking go to: