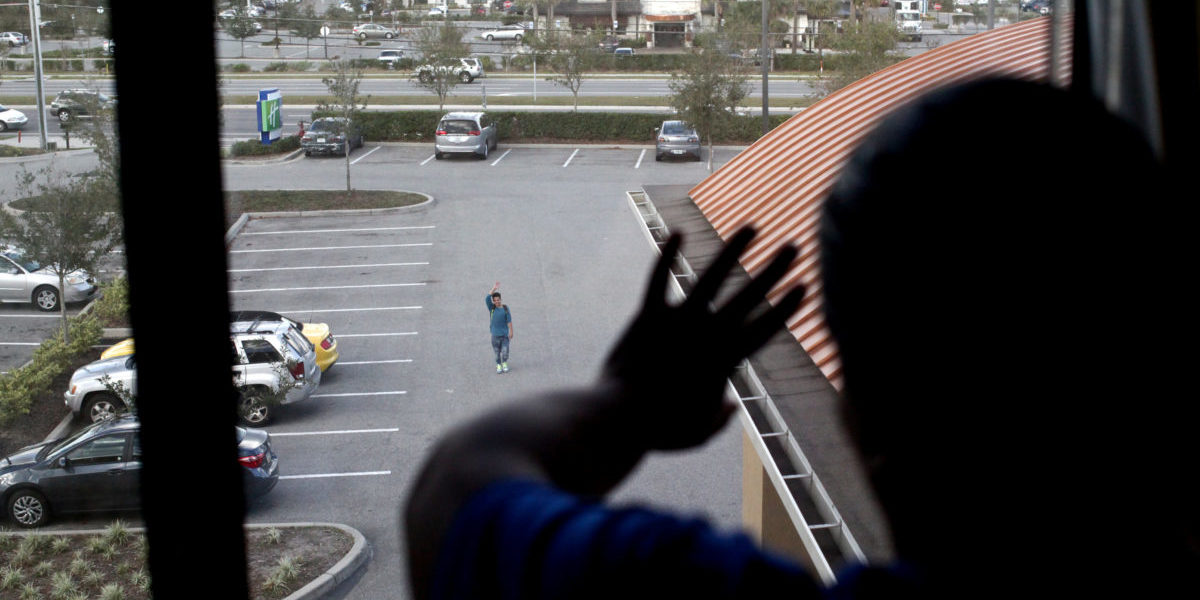 Vimarie Cardona and her three children have spent the past 10 months living in a hotel room paid for by the federal government, after evacuating to the U.S. mainland from Puerto Rico when Hurricane Maria damaged the family’s home last year.

But now, on the one eve of the hurricane’s one-year anniversary, Cardona and her family are one of close to 1,000 families scrambling to find a place to sleep by Friday night, when the government’s temporary housing assistance is scheduled to be cut off.

For months the Federal Emergency Management Agency has been making direct payments to hotels and motels under the agency’s Transitional Sheltering Assistance program. The program has offered short-term shelter to more than 7,000 Puerto Rican families, according to the agency.

The voucher program was temporarily extended three times after the hurricane struck Puerto Rico in September 2017. But last month U.S. District Judge Timothy Hillman ruled against a preliminary injunction that sought to stop FEMA from defunding the program.

“Many families have no idea what’s going to happen to them,” said Natasha Lycia Ora Bannan, an associate counsel at LatinoJustice PRLDEF, the nonprofit that filed a class-action complaint in June to prevent FEMA from ending the program. “They’ve lost their homes and they haven’t received adequate support or assistance from the agency responsible with providing that for them,” she added.

Lenisha Smith, a spokesperson for FEMA, told the NewsHour the agency will “continue working closely with disaster survivors to connect them with the most appropriate housing resources to meet their disaster-related needs.”

The agency says it has spent more than $100 million on the voucher program, and as it draws to a close, is connecting people to other forms of assistance, including a transportation voucher to cover the cost of a one-way plane ticket back to Puerto Rico.

Cardona said she’s received numerous robocalls from the agency telling her she qualifies for the free ticket. Since November, Cardona and her three children have been living in a hotel in the city of Kissimmee, outside Orlando. The room is small, with two queen-size beds, a bathroom and no kitchen; the family has been cooking its meals on a burner hot plate.

She is considering the free ticket, but like many who left the island after the hurricane, Cardona said there is little left at home.

“What if I do go back?” she said.“Then go back to what? To going back to not having a job, not having transportation, not having child care.” She added, ”I’ve already fought for whatever I have here.”

When Hurricane Maria struck Puerto Rico on Sept. 20, 2017, roughly 3.7 million people were left in the dark, many without access to potable water and medical services. Approximately 135,000 Puerto Rican residents have relocated to the U.S. mainland after the hurricane, according to a report released this year by the Center for Puerto Rican Studies at Hunter College.

Advocates argued that FEMA has refused to activate other forms of long-term housing assistance that could benefit Hurricane Maria evacuees.

“The reality is that the [Transitional Sheltering Assistance] program is not the right program for this problem,” said Peter Gudaitis, the executive director of the New York Disaster Interfaith Services, an organization offering recovery services to hurricane victims in New York City. “The federal government and its clients would be better served by free rent than a program paying months in a hotel.”

In New York, which took in 3,683 evacuees from Hurricane Maria, according to the Hunter study, 42 families remained enrolled in FEMA’s Transitional Sheltering Assistance program as of Wednesday.

Liz Cruz, her husband and their three children spent months living in a hotel funded by FEMA after moving to New York City last December.

But in June, anticipating that funding for the voucher program would get discontinued eventually, Cruz moved her family to a hotel for the homeless provided by the city’s Department of Homeless Services, which is helping house Hurricane Maria evacuees who stopped receiving temporary aid from the federal government.

The Cruz family settled in two hotel rooms on the Lower East Side. But the family, like Cardona’s, is struggling to find an affordable long-term apartment in an expensive city with a tight housing market.

“Living in a hotel is not what people expect it to be like,” Cruz said. “There’s a curfew and I don’t have a key to my own room. We don’t have that kind of luxury here. Someone has to open the door for us any time we want to enter.”

Hurricane Maria evacuees across the country are facing similar problems. In Florida, which is home to about 18,000 victims from Hurricane Maria — the largest population of any state, the Hunter College report found — 299 hotel voucher recipients remained checked in as of Wednesday, according to FEMA.

Bannan, the attorney at the nonprofit group that sued FEMA, claimed the agency has made no effort to make longer-term housing assistance, such as the Disaster Housing Assistance Program, available to Hurricane Maria evacuees.

That program, which was set up for survivors of Hurricane Katrina in 2005 through the Department of Housing and Urban Development, offers rental assistance for disaster victims. On a factsheet on it’s website, FEMA said the program is not necessary and “in fact has been cited as inefficient and not cost effective.”

Bannan also argued that Puerto Rican evacuees have been treated differently than survivors of other disasters, noting that the transitional housing program for Hurricane Katrina survivors was extended over a period of 27 months, whereas the same assistance for Hurricane Maria survivors only lasted 11 months.

“It’s just absurd and it’s really representative of this administration’s discriminatory policies towards Puerto Ricans and Latinos,” she said.

READ MORE: Hurricane Maria’s official death toll is 46 times higher than it was almost a year ago. Here’s why

Cardona had graduated from nursing school two months before Hurricane Maria hit. Now she’s been working as a housekeeper at Walt Disney World, and said it’s been difficult to find affordable housing as a single mother.

“It’s really sad because most of us can’t afford these places,” she said. “You still have families that are struggling to transition, which is what FEMA told us it was all about.”

With only hours before being booted from the makeshift home, Cardona said she’s considered attaching a U-Haul to the back of her Jeep and looking for a place up north.